With all of the headlines pointing to the healing powers of cannabidiol (CBD)—one of more than 80 chemical compounds in the cannabis plant—it’s natural to wonder: Can using CBD oil help relieve psoriasis symptoms?

The reviews are mixed. While there’s anecdotal evidence that CBD oil, with its far-ranging anti-inflammatory properties, can help treat this autoimmune disease affecting some 7.5 million Americans, studies to date remain inconclusive.

This isn’t to say that CBD oil shouldn’t be considered as an additional treatment option for psoriasis patients who experience plaque psoriasis—which causes dry, raised, and red skin lesions (or plaques) covered with silvery scales on body areas such as the back of the elbows, over the kneecaps, and on the lower back.

In fact, the preliminary science investigating the ways that CBD, the non-psychoactive part of the marijuana plant, can help treat eczema and psoriasis shows some promise, says Jordan Tishler, MD, a physician and cannabis expert in Boston.

“However, while these studies are generally encouraging, they’re nowhere near conclusive,” Dr. Tishler tells Health.

What we need to learn about how CBD might work

Although clinical research connecting the health benefits of CBD oil to cannabis is slow to materialize, there’s still a lot of patient-driven interest in whether CBD, which can be used as an oil, balm, cream, or salve, can help treat psoriasis.

Some studies have been encouraging, including one study conducted in 2007, which found that cannabinoids, including CBD, slowed down the growth and division of skin cells involved in psoriatic skin rashes.

“We know that cannabinoids like CBD can reduce inflammation and pain,” David Casarett, MD, chief of palliative care at Duke University in Durham, North Carolina, tells Health. “Again, what we’re seeing right now is that most of the evidence is circumstantial but promising.”

Another very small study of psoriasis patients conducted in 2019 is equally compelling. The study was led by researchers in Italy and showed that applying topical CBD-enriched ointment on psoriatic skin did help to reduce psoriasis symptoms.

In the study, five psoriasis patients applied CBD ointment to those areas of their skin affected by psoriasis twice a day for three months. After that time, researchers concluded that the ointment was not only safe and effective but it improved the quality of life for psoriasis patients.

That’s why Hervé Damas, MD, a physician at Grassroots Medicine and Wellness, a cannabis medical practice in Miami, says he uses CBD—which has few side effects and is considered safe overall—as a part of the psoriasis treatment plans he recommends for his patients.

“For dermatological issues such as psoriasis, dermatitis, and eczema, I’ve found CBD to be very effective at decreasing the flare-ups, irritation, and discomfort my patients experience,” he tells Health. “Depending on the severity of the disease, I will use either topical creams or a combination of topical and systemic treatments.”

However, other experts aren’t convinced that CBD oil is as effective as current therapies, which include topical steroid creams and ointments, topical vitamin D creams, nonsteroidal anti-inflammatory creams, and ultraviolet light therapy. In addition, psoriasis patients may also take immunosuppressant medications, like cyclosporine and methotrexate, and newer biologic medications to treat their symptoms.

“The effects of cannabis are relatively weak compared to topical steroids like hydrocortisone,” says Dr. Tishler. “In short, at this time I would not recommend any topical cannabis or CBD products to treat a serious illness like psoriasis.”

In the end, since the exact nature of how CBD works to help treat psoriasis remains unknown and psoriasis is a serious skin condition, consider this our best advice: Until more studies are done on CBD and psoriasis, be sure to speak with your dermatologist to plan a treatment course that’s right for you. 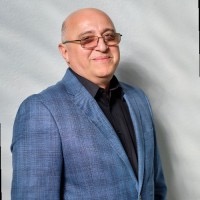 Nutraceutical Bio-Hemp, Inc., is pleased to announce the appointment of Dr. Levan Darjania as its new Strategic Adviser (R&D, Regulatios).

How is CBD administered to animals? CBD pet care ...

How to use CBD for a better night’s sleep